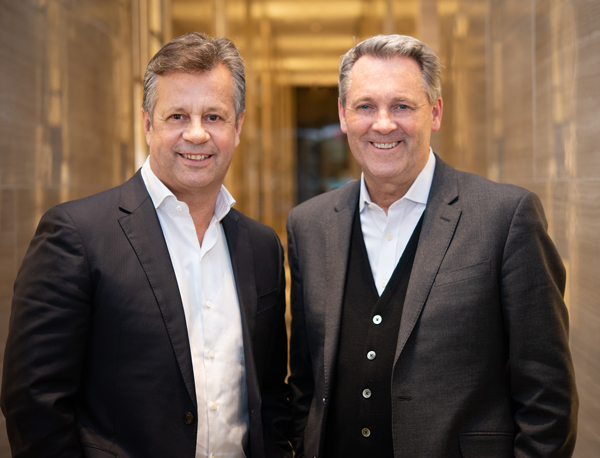 Indie coauthors vie for a more human-centered approach to technology

What happens when technology ceases to be governed by a moral code? As Mary Shelley predicted, the results can be monstrous. In The TransHuman Code: How to Program Your Future, indie authors Carlos Moreira and David Fergusson explore the often precarious relationship between human beings and technology. Moreira and Fergusson raise questions about what it means to use tech in a manner that advances and upholds—rather than subdues or sabotages—a free and independent citizenry.

Though Moreira admits that his forte is not in writing, he brings a lifetime of professional experience to the project. As a technology pioneer, he has worked in trust management with the United Nations and World Trade Organization; he is also the founder, chairman, and CEO of the global cybersecurity company WISeKey.

Fergusson is a leader in corporate finance, with a specialization in worldwide mergers and acquisitions; his expertise includes the uses of technology in business, government, and society.

At a launch event for The TransHuman Code in New York City, the authors discussed the impetus for the book and their hopes for how it might inspire readers to think more critically about the ways that humans use and relate to technology on a global scale and within their own lives. Moreira said that “every book has a soul and a reason” and reflected on the changing landscape of technology since the dawn of the internet. At first, he noted, he viewed the paradigm-shifting creation as “amazing for humanity” in its potential to “decentralize information.” But, he added, as the web has become rife with cyberwarfare and misinformation and a prime outlet for people to display the worst of their humanity behind the veil of anonymity, his concerns have deepened.

“The web is blind; the web has no morals; the web is like fire: it can warm your hands but burn down your house,” Moreira said. In order to build a virtual space that behooves humanity, “we must put humans in the center of the architecture,” he added. That architecture today, Moreira believes, does not always allow for the free-flowing democratic exchange of ideas but is instead governed by purveyors of code; it’s a realm where internet users have become commodities, and, he said, it’s worth asking, Who’s supervising the coder?

The TransHuman Code platform originated through roundtable conversations at the 2018 World Economic Forum in Davos, where the authors met with leaders in the fields of economics, technology, and cybersecurity—including Tim Berners-Lee, founder of the World Wide Web—to discuss the future of technology as it relates to the core of fundamental human needs. Once the conceptual framework for the TransHuman Code initiative was established, Moreira and Fergusson decided to collaborate on a book. They also reached out to innovators and experts on subjects including artificial intelligence, humanitarianism, and economics. (The book features a section devoted to dialogues between the coauthors and contributors.)

In the book, Moreira and Fergusson argue that an important obligation falls to average people. According to Moreira, there is no algorithm more various and complex than that programmed into the human brain—and that unique internal coding is sacred, both on- and offline. “Don’t trade your digital identity,” he said.

The authors have established a far-reaching marketing platform for the book. The TransHuman Code is currently available for purchase at Target and Walmart, as well as online and in other bricks-and-mortar bookstores. Additionally, Fergusson recently appeared on Best Seller TV, a program operated by the media conglomerate the C-Suite Network.

Fergusson said he sees the book as a critical first step toward encouraging “more awareness and dialogue” about the future of technology. He hopes that readers of The TransHuman Code might pay closer attention to the ways in which money, technology, and vested interests intersect. “Be aware of where the money goes,” he said. He called the TransHuman Code platform the start of a “lifelong adventure” and added that he trusts that human ingenuity, in partnership with responsibly governed technology, can lead to a more moral, progressive society.